Ukrainian kids find cellphone signal on a hill, set up a school 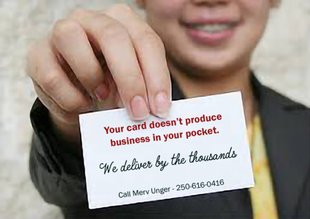 How about a little more common sense?

Canada casts a blind eye on objectivity, conflict of interest 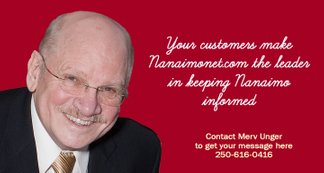 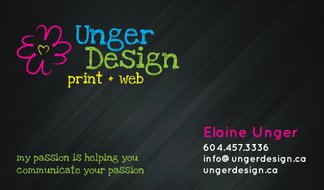 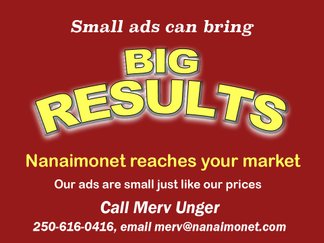 Arctic air is moving into the mid-Island lasting for up to 72 hours. Temperatures will be between five and 10 degrees below normal for this time of year. Day time highs will be just above zero. It’s not expected to last very long with warming due by Tuesday or Wednesday as a more typical Pacific pattern re-establishes itself. And don’t be surprised if you see some snowfall.

A magnitude 4.0 earthquake has been recorded about 200 km west of Tofino. The reportfrom the U.S. Geological Service at just after 8 a.m. today. No damage or tsunami threat has been reported.

CBC News discovers Nanaimo. The heavily-subsidized crown corporation has opened a news bureau in our fair city. It will focus on the mid-and-north Vancouver Island region. Video journalist Claire Palmer is based in the Nanaimo bureau. "People have discovered us," said Mayor Leonard Krog, adding he is happy to see Nanaimo get the recognition and attention it deserves. Island residents can see their stories reflected on all CBC News platforms, including local radio and television, the CBC Listen app and online at cbc.ca/news/canada/british-columbia.

The school board is turning to the public for help in solving the over-crowding problem at NDSS. They’re looking at five scenarios to implement over the next two years to create additional space at NDSS and some of them could be controversial. They need to move 150 to 200 by 2024. Those options will be considered in public sessions. MORE

Fleeing expensive B.C. More than 55,000 people moved to other provinces between 2021 and 2022, with affordability being a driving factor. More than half of them moved to Alberta and 13,000 to Ontario. Samantha Linton, who grew up in Langford, moved to Manitoba and says she averages at least $2,000 a month in savings. The decision was due to affordability and says she would go back to Langford if she had an opportunity. MORE

There’s a glimmer of hope in Port Alberni. The Huu-ay-aht First Nation is working to find a new future for the closed Alberni Pacific Division mill. Western Forest Products announced Friday it will not reopen the mill in its current configuration leaving the 90 people who worked here worried. The company has struck a working group which includes the union and the Huu-ay-aht First Nation. The group’s mission is to explore other potential options in the next three months. MORE

The city is expanding services and support due to the cold snap we're in now. The City will provide funds for existing organizations to extend their hours of service. City staff and RCMP members will be on the street increasing coverage of wellness checks and providing warming supplies. See List of SERVICES.

Enough is enough for some Nanaimo residents when it comes to rising crime in the city. A couple dozen people turned out at Country Club Centre Saturday to call for action from local politicians. Citizens outlined their frustration, recognizing that the RCMP have a big enough workload now, that more resources are needed. Facilities for the homeless are not decreasing the activity, they’re still stealing. Mayor Leonard Krog took the brunt of  angry comments. He pointed out that most of the issues are not in the city’s jurisdiction but with the province or the federal government. MORE

What ever happened to all the COVID vaccine production companies that were supposed to spring up across the country? Aren’t we still getting most of the vaccines from other countries? It sure sounded good at the time, with government promising tons of money to the developers.

Do you know where Samantha Evans is? RCMP seek help from the public to find the 30-year-old Nanaimo woman. She hasn’t been heard from since Jan. 11. She has been dealing with significant personal issues. As a result, her family and support network are concerned for her safety and well-being. Police say she is associated to a red 2004 Monte Carlo which has been found in south Nanaimo with no license plates.

Superette Foods on Albert Street was robbed by a man armed with a knife on Thursday. An employee told police that a man wearing a mask entered the store and with a knife in hand and demanded the cash from the till. After receiving an undisclosed amount, the suspect left on foot and was last seen running toward Nicol Street.

Store video showed the suspect just prior to entering the store without his mask on. He is Caucasian, approximately 5’ 10”, mid-thirtiess, 175 pounds, with a heavy stubble, wearing a dark hoodie, and gloves.If anyone has information on the identity of the suspect, please call the Nanaimo RCMP non-emergency line at 250-754-2345, and quote file #2023-3003.

Police are investigating after a body was found on the north side of Harewood Mines Road, near the overpass. Investigators stated that while it is early in the investigation, the injuries are consistent with being struck by a vehicle.Anyone in the area prior to 7 a.m. on Friday, and saw someone walking or has dash cam video, please call the RCMP non-emergency line at 250-754-2345, and quote file # 2023-3059. Google mapof area

Memo to crooks – don’t ply your trade in Cedar. You’re likely to get instant justice. Police say a man invaded a home in Yellow Point but was confronted by the residents. A fight ensued where the assailant sustained a head injury, losing a considerable amount of blood. The wounded crook fled the scene and tried to break into another home. In this case the neighbours came together and they held him at bay until police got there and arrested him. RCMP R/Cst. Gary O’Brien said the first victim who fought back will not be charged. MORE

Our member of Parliament Lisa Marie Barron wants stronger labelling on alcoholic beverages, but provincial officials are in no hurry to comply. She has a private member’s bill before Parliament to toughen the guidelines. Across Canada, provinces didn't commit to changing marketing methods for alcohol and noted they're awaiting Ottawa's lead. British Columbia is reviewing the guidelines. MORE

The province reports the lowest number of people hospitalized with COVID-19 in more than a year. The B.C. Centre for Disease Control reported 228 test-positive patients in hospitals across the province as of Thursday. The last time the hospital population was that low was before the BCCDC switched counting methods and began including "incidental" hospitalizations which are patients who test positive after being admitted to hospital for some other reason.

With Korean-American supermarket chain H-Mart moving in to Victoria’s Mayfair mall, can Nanaimo be far behind? Woodgrove Mall has the same owners as Mayfair. H-Mart is North America’s largest Asian grocery retailer. It replaces Toys-R-Us, which closed last month. Mayfair management called the addition of H-Mart great news. The chain has more than 100 stores across Canada and the U.S. MORE